/ Posts / Your vampire superpower need not dictate your destiny.

I’m a metal ox, at least according to the Chinese zodiac. I am also a middle-aged, Gen-X, white, male Libran ENFP of mainly Irish ancestry from the south-east of England. 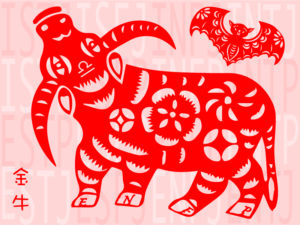 Those, and many other things, may categorise
me but do they define my destiny?

We often fall into the trap of thinking that the kind of person we are dictates what we are able to achieve. That kind of thinking prevents us from reaching our true potential.

We humans love to categorise things, each other and ourselves. Western scientists spent much of the 19th century developing classifications for animals, plants, languages, chemical elements, speech sounds and pretty much everything else they could think of. We are fascinated by the idea of anything that can promise to analysis us, explain our choices and relationships and predict our future. This explains the popularity of personality quizzes in magazines and on social media. In researching this article, I discovered ‘What % thoughtful I am’ (90%), my ideal bedroom decor (minimalist) and my vampire superpower (inflicting pain with a glance).

Spurious though this kind of test clearly is, we still find them difficult to resist, even though we probably don’t give much credence to the results. My thoughtfulness percentage above was measured using my favorite colour and choice of vegetables, among other criteria.

Horoscopes are taken more seriously by some, along with birthstones, auras, vibrational frequencies etc. As a Libran, people will apparently look to me for advice and leadership this year, whereas as a metal ox I should be wary of people with ulterior motives.

At the opposite end of the scale, scientifically rigorous psychometric tests such as the Myers-Briggs Type Indicator (MBTI®) are commonly used to help us understand our own preferences or personality types and those of others.

One point that MBTI® makes very clearly is that type is not an excuse, nor is it destiny. Just because I am an extrovert and I derive energy from being with others doesn’t mean I am incapable of giving people the space they need to think (though in my case, it does mean it took me a while to learn that lesson). In fact, I very much enjoy the role of coach, which mostly involves me shutting up and listening. I can pay attention to detail when the task demands it and can work according to strict schedules when that’s necessary. Working or learning in that way doesn’t come naturally to me, but that doesn’t make it impossible. Learning to operate, and even to enjoy operating, outside of the comfort zone of our preference type is called ‘flexing’. It is something that adult life – in the form of work, parenthood, eldercare and other responsibilities – imposes on us and that we get better at the more we practise.

A negative reaction to a drawing in kindergarten convinces us that we are not artistic.

The same is true of many of the other categories we place ourselves in, or that others impose on us. Often this labelling has lived with us since childhood. A negative reaction to a drawing in kindergarten convinces us that we are not artistic. I meet many people who tell me they are not ‘good at languages’ because they didn’t overcome the strange rigours of high school Spanish. Unchecked, these labels become conscious or unconscious limiting thoughts which keep us from reaching our potential.

Stereotypes based on many factors including race, gender, age, nationality etc. are well known to affect how others treat us as a result of conscious and unconscious bias.  What fewer people realise is the effect of such biases on our own self image. This was demonstrated in a series of tests conducted by psychologists in the late 1990s. Several groups of black and white participants were asked to perform tasks related to golf. In groups who were told this was a test of sports strategic intelligence, black people underperformed compared to their white counterparts. When the same task was framed as a measurement of natural athletic ability, it was the white subjects who underperformed. Similar differences were found between men and women solving a problem when it was described as a measure of either logical or social intelligence.

Unchecked, these labels become conscious or unconscious limiting thoughts which keep us from reaching our potential.

The first stage in dealing with the underlying beliefs which limit us is to bring them to the surface.

This is a fundamental part of gaining greater self awareness. Try to catch yourself thinking, “I can’t do that because I am not a morning person” or “I don’t have the willpower to pull that off”.

Once you have identified your limiting beliefs, challenge them.

I was recently in a teleconference with a group of high powered women of my generation. When one said she struggled with how to use Skype, the others joined in with their own tales of techno-woe. They were almost trying to outdo each other as to who was most useless with technology. Here we have the combined stereotypes of generation and gender at play. I challenged them on this. “You are all senior executives with multiple doctorates between you. How much effort would it take you to learn the technology you need to use?” Cue the sound of pennies dropping.

Just because your vampire superpower is torture by glance doesn’t mean you couldn’t learn mind reading if you really wanted to. 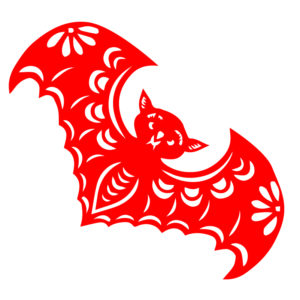 4 Responses to Your vampire superpower need not dictate your destiny.